Chicago Express To Close; Sale Sought To Keep It Flying

Chicago Express To Close; Sale Sought To Keep It Flying

ATA Holdings will shut down Chicago Express on March 28 unless it can strike a deal to sell the 22-year-old operation. Regional Aviation News has learned that ATA last week began soliciting offers even as one potential buyer is waiting in the wings. "We are entertaining offers for all assets utilized in the Chicago Express operation, which is a wholly owned subsidiary of ATA with a non-union workforce," said Sean Frick, ATA's co-chief restructuring officer. ATA is now negotiating a possible sale of Chicago Express to NatTel, a Stamford, Conn.-based investment company, Regional Aviation News has learned. NatTel made an unsolicited bid for the regional unit last December. While little has been disclosed on the profitability of Chicago Express' operations, it appears to be a victim of ATA's struggle to find a viable business plan to exit bankruptcy. Swamped by $722 million in debt payments for its new Boeing fleet, ATA last October filed for bankruptcy. "We no longer need to use Chicago Express to feed our jets to places like Minneapolis, Denver and Detroit," said Roxanne Butler, an ATA investor relations specialist. "Chicago Express will cease operations on March 28. It will be the end of Chicago Express."

While ATA in December was soliciting bids for its Midway gates, NatTel submitted an unsolicited bid to buy Chicago Express for $37,700 the sum needed to cover the legal work to close the deal (RAN, Jan. 3, p. 1). Robinson contends that Chicago Express has no value because ATA has stripped Chicago Express of its assets, loaded it with ATA corporate debt and failed to funnel $16.7 million in ticket receipts to the regional unit.

ATA had steadfastly refused to talk to NatTel. "We don't understand why they would liquidate when they could sell to us and save 600 jobs," Robinson told Regional Aviation News on the morning of Jan. 31. "ATA management has been stonewalling us the whole time."

A court hearing had been scheduled for Feb. 1 for the Indianapolis-based bankruptcy judge to consider a request from NatTel to appoint an independent examiner to review the Chicago Express books and operations. "It is our contention they want to keep Chicago Express asset-poor," said Aaron L. Hammer, with the Chicago law firm of Freeborn & Peters, who is representing NatTel. The hearing has been postponed until Feb. 14 to give the two sides time to strike a deal.

Robinson said his offer remains at $37,700 "which is more than it is worth. Actually the company is worth negative $500 million. The stock is worthless."

One of the items NatTel wanted to sort out is just what role Southwest is playing in directing Chicago Express.

"In its request to the court that the Southwest deal be approved, ATA proffered that the deal would add substantial value to Chicago Express and that Southwest would not do the transaction for ATA without Chicago Express. It now appears to be untrue at this point," Hammer said.

"We told the court that ATA would shut down Chicago Express and there were no facts to support their statement that the Southwest transaction would add value to Chicago Express. The bankruptcy judge overruled our objections and now a month later ATA is shutting down the airline," Hammer said.

Butler noted that the Southwest code-share agreement does not include the cities served by Chicago Express.

Now that the two sides are talking, Robinson said they have until the Feb. 14 court date to reach an agreement. However, an agreement will not seal the sale. Instead, because of bankruptcy court rules, ATA would then conduct an auction among any interested parties using any NatTel deal as the base price. The judge must approve whatever deal ATA reaches after the auction.

NatTel enjoys special rights in the process since it made the earlier offer and because it is now an ATA creditor, Robinson said. NatTel recently purchased a vendor's claim against ATA to give it creditor's status.

It is important that any sale be concluded by March 28. Once Chicago Express stops flying its operating certificate becomes worthless. 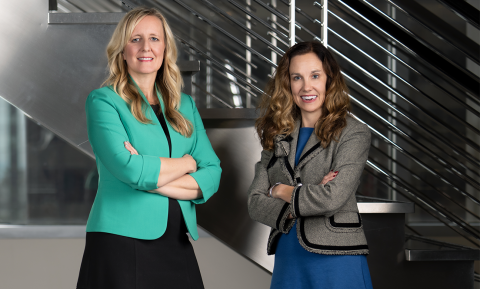